Background music in the promotional cartoon video of the Chinese People’s Liberation Army Rocket Army was provided by 100Audio. The music involved is Inspiring and Positive Successful Corporate (5 Versions) from 100Audio.

In order to meet the 70th anniversary of the National Day military parade, the Chinese People’s Liberation Army Rocket Army released a fun animation “Like China Refueling Rocket Army” on its official account Dongfeng Express, using 148 seconds MG animation to learn about the strategic missiles in the 5 military parade force. Interesting animations and playful commentary have won the favor of many viewers, and also let people have a deeper understanding of the inner meaning of Dongfeng Express, the mission must reach. The 100Audio copyright music licensing platform provides a soundtrack license for the animation. Thanks to the People’s Liberation Army Rocket Army and the production company for their support for 100Audio and genuine commercial music.

Background music Inspiring and Positive Successful Corporate (5 Versions) is exclusively licensed by 100Audio, the 100Audio platform is the world’s only sales channel for this music. 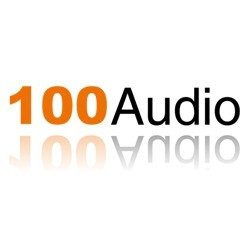 100Audio’s massive music library can satisfy your needs in music, movies, games, videos, TV shows and etc. We are committed to the dissemination of genuine digital music, providing an efficient, convenient and secure trading environment for music producers and demanders. Providing customers with genuine music licenses and perfect music copyright certificates to protect the rights of both parties is our philosophy.

Login/Register to get time-limited $12 items!